Philo, On the Planting of Noah: Second Part 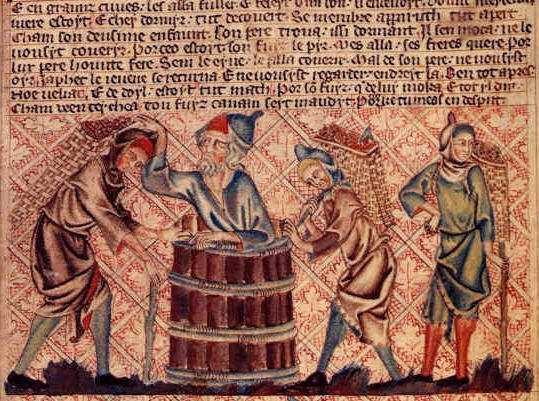 I. (1) In the former part of this treatise we have spoken of the art of husbandry as to its genus, dwelling on it at as great a length as the time admitted of; but in this book we will discuss the question of his cultivation of his vineyard with regard to the species as far as it is in our power. For Moses represents the just Noah not only as a husbandman, but also especially as occupied with the cultivation of vines, saying, “Noah began to be a husbandman of the earth; and he planted a Vineyard.”{1}{#ge 9:20.} (2) And it is fitting that a man who was about to discuss the whole question of separate plants and manners of cultivation, should first of all acquire an accurate comprehension of the most perfect plants in the universe, and of the great planter and superintendent of them. He then who is the greatest of all planters and the most perfect in art, is the Ruler of the universe; and his plant is not one which comprises within itself only individual plants, but rather infinite numbers of them springing up like suckers from one root, namely, this world. (3) For after the Creator of the world, reducing that substance, which was in its own nature destitute of order and regularity, into a state of order, and bringing it from a condition of confusion into a distinct system, began to fashion and shape it, he placed the earth and the water in the middle, and the plants of air and fire he drew up from their previously central position to a lofty eminence; and the aether he arranged all round, placing it as a boundary to and preservation of the things within, from which also it seems that the Heaven{2}{ouranos, “heaven;” as if derived from horos or houros, “a boundary.”} derives its name, causing the earth to be borne upon the water in such a way that it continues dry, which, however, there was reason to fear might be dissolved by water; and this great worker of marvels, moreover, united the air, which was exceedingly cold by its own nature, to fire which is very hot; a most surprising miracle. (4) For how can it be looked upon as anything but a prodigy, for that which would dissolve another thing, to be held together by that which it would dissolve: that is to say, for water to be held together by earth; and again, for that which is the hottest of all things to be placed upon that which is the coldest without its nature being destroyed, that is to say, for fire to be placed upon air? And these are the elements of this most perfect plant; but the very great and all productive plant is this world, of which the aforesaid branches are the main shoots.