Gilbert Murray, An Introductory Note to the Trojan Women by Euripides

Judged by common standards, the Troades is far from a perfect play; it is scarcely even a good play. It is an intense study of one great situation, with little plot, little construction, little or no relief or variety. The only movement of the drama is a gradual extinguishing of all the familiar lights of human life, with, perhaps, at the end, a suggestion that in the utterness of night, when all fears of a possible worse thing are passed, there is in some sense peace and even glory. But the situation itself has at least this dramatic value, that it is different from what it seems. 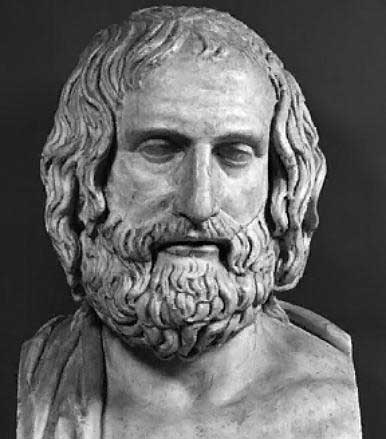 The consummation of a great conquest, a thing celebrated in paeans and thanksgivings, the very height of the day-dreams of unregenerate man — it seems to be a great joy, and it is in truth a great misery. It is conquest seen when the thrill of battle is over, and nothing remains but to wait and think. We feel in the background the presence of the conquerors, sinister and disappointed phantoms; of the conquered men, after long torment, now resting in death. But the living drama for Euripides lay in the conquered women. It is from them that he has named his play and built up his scheme of parts: four figures clearly lit and heroic, the others in varying grades of characterisation, nameless and barely articulate, mere half-heard voices of an eternal sorrow.

Indeed, the most usual condemnation of the play is not that it is dull, but that it is too harrowing; that scene after scene passes beyond the due limits of tragic art. There are points to be pleaded against this criticism. The very beauty of the most fearful scenes, in spite of their fearfulness, is one; the quick comfort of the lyrics is another, falling like a spell of peace when the strain is too hard to bear (cf. p. 89). But the main defence is that, like many of the greatest works of art, the Troades is something more than art. It is also a prophecy, a bearing of witness. And the prophet, bound to deliver his message, walks outside the regular ways of the artist.