Gregory Nagy, God as a guide in Homer

A mentor is someone who instills a heroic mentality in somebody. That’s exactly what Athena, as the goddess of intelligence, does in her relationship with Telemachus. She intervenes in his life, which is very misdirected at the time, when he’s not sure about anything.

What Athena succeeds in doing as Mentor is connecting the thinking of the young man with the realities of the heroic legacy of not only his father, but all his ancestors, male and female. This relationship literally connects the mind of Athena with the mind of Telemachus—there is a real transfer of thought from one to the other, and that transference is embodied by Mentor. She lets him know how he can behave like a true prince. It’s a recharging of the batteries.

At the council of the gods, Athena lays out her intent, saying that she will put menos into Telemachus. It’s a Greek word that’s usually translated as “heroic strength.” But really, menos is not just strength of any kind—it is mental strength. And by that, I mean the kind of surge of power you feel in being able to put things into action. You can see the connection between menos and “mentor.” Menos is mental strength, and a mentor is someone who gives mental strength to someone else.

Telemachus, the 20-year-old son of Odysseus, is a clueless, disconnected young man who doesn’t really understand what his role in society and in life might be. In the original Greek text, he’s referred to as being “nepios.” 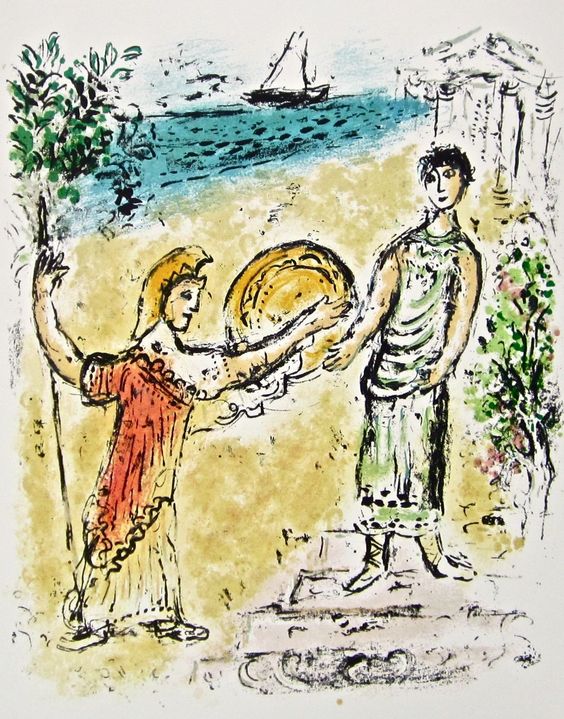 In general, the model of stories about mentors is a model of initiation that appeals to the inherent nobility of the person who is being initiated. That’s something that The Odyssey is putting front and center—that you have to be at least predisposed to being morally noble. If you are, then Athena can reach out and make connections for you, even if you’ve made mistakes in your life. In The Odyssey, there is a presumption of human goodness.

You have to have at least a clear capacity for morality. I’m not ruling out redemption—I’m saying that in the world of The Odyssey, without good intentions, there cannot be mentorship.

From an interview in The Atlantic, October 2017. Cf. Gregory Nagy at Amazon.