Islam did not pass Greek knowledge to the West

In France, historians writing about the cultural formation of Christian Europe throughout the Middle Ages do so at their own peril, as Sylvain Gouguenheim, professor of Medieval History at the École normale supérieure de Lyon (ENS-L), recently discovered. Because his latest book argues that the contribution of Islam to the cultural and intellectual development of Europe has been largely overemphasized, a petition was drawn up last spring by faculty colleagues lamenting its “ideological positions [inconsistent with] the pedagogical serenity and the scientific reputation of the ENS-L”. 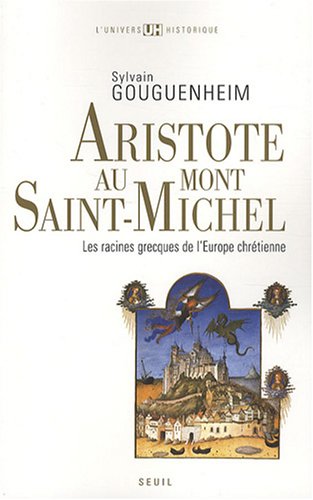 The controversy quickly spilled into the French press with various specialists of the Middle Ages debating the book’s merits and demerits for weeks on end. Although Le Figaro (moderate right) and Le Monde (left) both published positive reviews, other publications such as Libération (far left) and Télérama (Catholic progressive) accused Gouguenheim of pursuing a “repugnant objective, that of annihilating the very notion of Arabian identity”. This led some world known authorities on the Middle-Ages, notably Rémi Brague and Jacques Le Goff, to take Gouguenheim’s defense. The book was also hotly debated on French television.

To understand why the controversy arose in the first place, one must bear in mind that there are currently three schools of thought about the relationship between Greece, the Islamic world and Medieval Europe.

The first school is premised on the notion of the “Dark Ages”, a period allegedly running from about 400 AD to 1200 AD (or earlier, depending on various historians) during which almost any form of learning would have ceased to exist except in monasteries. It holds: a) that the works of Greek philosophers, doctors and mathematicians would have first been discovered by the Arab-Muslim world beginning in the 9th century, thus giving rise to an “Islamic Enlightenment” fostered by the Abbasid Dynasty; b) that, thanks to the translation of these works from Arabic into Latin, Greek knowledge would have then penetrated into Christian Europe beginning in the 12th century; and c) that the West grew out of its “darkness” largely as a result of this “Islamic Enlightenment” and is therefore culturally indebted to the Islamic World. (1)