An 1,800-year-old figurine believed to have originated from the eastern stretches of the Roman Empire has been discovered by archaeologists outside the walls of the old city, the Israeli Antiquities Authority said. The 2-inch marble bust depicts the head of a man with a short curly beard and almond-shaped eyes who may portray a boxer, the authority said. 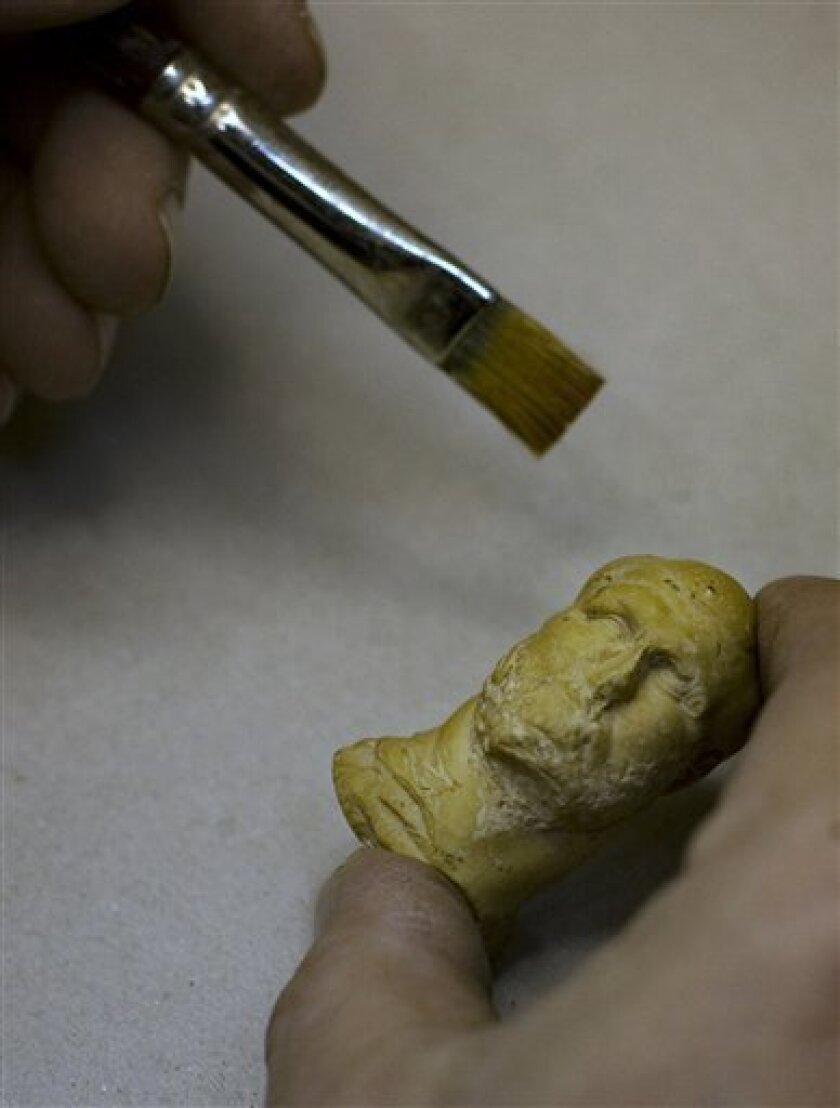 “The high level of finish on the figurine is extraordinary, while meticulously adhering to the tiniest of details,” Doron Ben-Ami and Yana Tchekhanovets, directors of the excavation, said in a joint statement released Monday. Nothing similar has ever been uncovered in Israel, they said, calling it a “unique find.”

Carved from pale yellow marble, archeologists think the figurine was most likely carried to Jerusalem by a merchant.

Archaeologists believe the figurine was used as a weight for a hanging scale of a type common in the Roman period. Tiny holes drilled in its neck were likely used to attach it to the scale, and remnants of metal remain.

The miniature bust was found in the ruins of a building destroyed by an earthquake in the fourth or fifth century. The same dig outside the walls of Jerusalem’s Old City also recently yielded a well-preserved gold earring inlaid with pearls and a trove of more than 250 gold coins.

The dig is in a former parking lot in the Palestinian neighborhood of Silwan, in east Jerusalem. It is part of broader archaeological excavations at the site, known to Israeli scholars as the City of David, after the Biblical monarch who is believed to have ruled from there some 3,000 years ago.