Here follows a remarkable post on Fayum painting, a subject that needs more attention. On my part I’d like to remind that fayum painting can be considered as a predecessor of Orthodox Christian iconography, which turned hellenistic art to even more ascetic and symbolical ways, instead of emphasizing its three dimensional elements. 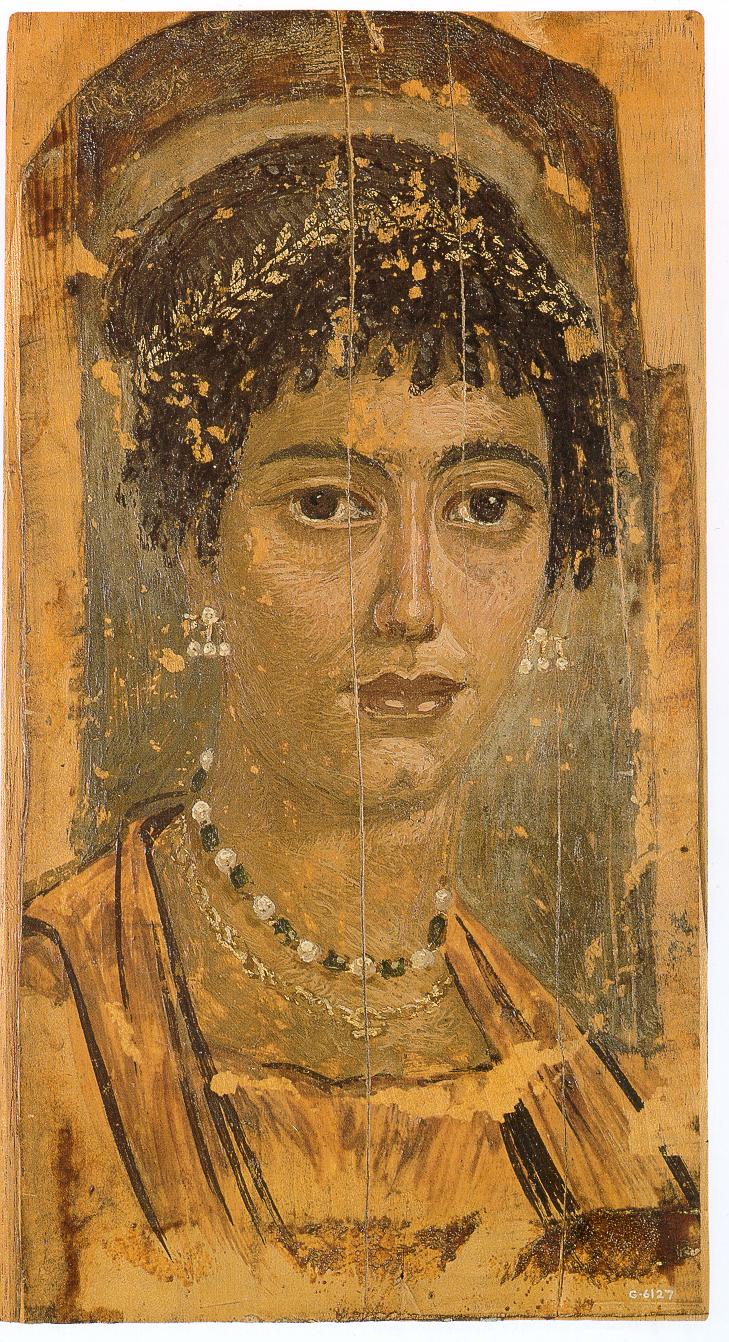 The Fayum portraits are a collection of 1st to 3rd century portraits made up mostly of Greek colonists of ancient Egypt. These colonists settled in cities like Alexandria after the conquest of Egypt by Alexander the Great and its subsequent rule by Greek Kings. They are among the best surviving portraits of antiquity. Scattered in museums such as the British Museum, The Louvre, and the Museum of Art in New York, they represent some of the finest examples of Greek art, providing us with snapshots depicting some of our Greek ancestors.  Looking at them one has the eerie feeling that he is meeting some long lost relatives for the first time. They were made with hot, pigmented wax on wooden panels, which were completed during the life of the individual and displayed in their home, this custom belonged to the traditions of Greek Art. After the person was deceased, the portrait panel was placed over the mummified individuals face.  The surviving paintings are predominantly from the Fayum region in Egypt and were completed during Hellenistic and Roman periods in this province, which had been settled primarily by Greek colonists, many of whom were soldier-veterans. The practice was common and the painters of the Fayum were either Greek residents dating from the Ptolemaic period of the late 4th century B.C., or those who had inherited the Greek artistic tradition. According to Eurosyne Doxiadis in her book entitled “The Mysterious Fayum Portraits: Faces from Ancient Egypt” the dry climate of the region preserved many of the paintings until today. 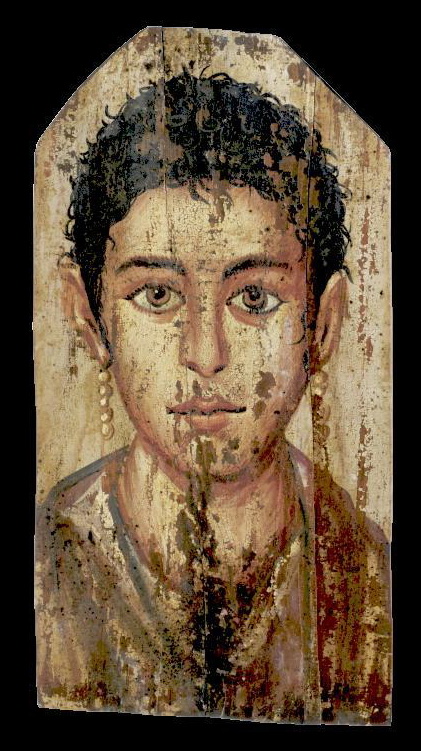 Paintings of this type, were often painted in the elaborate technique, using pigments mixed with hot or cold beeswax and other ingredients such as egg, resin, and linseed oil. This versatile medium allowed artists to create images that in many ways are akin to oil paintings in Western art. The boy’s head, for instance, stands out with an impression of real depth from the light olive-colored background. His face is modeled with flowing strokes of the brush and a subtle blend of light and dark colors. Shadows on the left side of the face, neck, and garment and bright shiny spots on the forehead and below the right eye indicate a strong source of light on the boy’s right. Most arresting are the eyes, dark brown with black pupils that reflect the light with bright spots. This manner of painting, which is very different from the traditional Egyptian style but was well known in Greco-Roman Egypt, originated in Classical Greece in the fifth and fourth centuries B.C.

Excerpts from My Greek Odyssey blog