Corrections to the Antoniades Patriarchal Greek Text of the New Testament

There are six corrections made by Antoniades in the 1912 edition of the Patriarchal Greek New Testament. One is the correction from the masculine to the feminine personal pronoun (1). The other personal pronoun that has many errors in MSS since in Greek has very similar Greek sound between H and Y, ἡµᾶς [us] corrected for ὑµᾶς [you] (3). There are three typographical errors (2, 4, 6). Finally, the last correction is of those that the Greek sound is very similar H and EI, the substitution of the particle δὴ with the verb δεῖ (5). 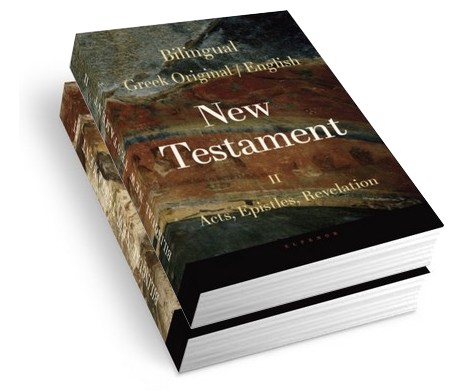 There are eleven cases that the 1912 edition did not correct. The Ἀποστολικὴ Διακονία edition of the text by the Church of Greece made the appropriate corrections. Four are typographical errors (2, 3, 5, 10). One is a disagreement between the article and the noun forms (11). Two are related to the very common pronunciation of the personal pronoun US vs YOU, due to the sound of H and Y, as the above corrected by Antoniades (1, 4, 7). One is an incorrect form of a demonstrative pronoun (9). One is a missing – but easily assumed verb εἶ [are] (8). The finale one is a wrong spelling of the verb σινιάζω (6).

Finally, there are cases, here is given only one example, that Ἀποστολικὴ Διακονία attempted corrections to the Antoniades text – which indeed is correct. Antoniades gave the name Bερενίκη correct in the Acts 26:30, but kept it incorrectly as it is in the MSS in Acts 25:13 and Acts 25:23. Following Antoniades suggestion that orthography must be followed, my suggestion is to have it in its correct form in all three cases, as it is in Acts 26:30. [This is silently corrected at Elpenor’s edition of the New Testament.]