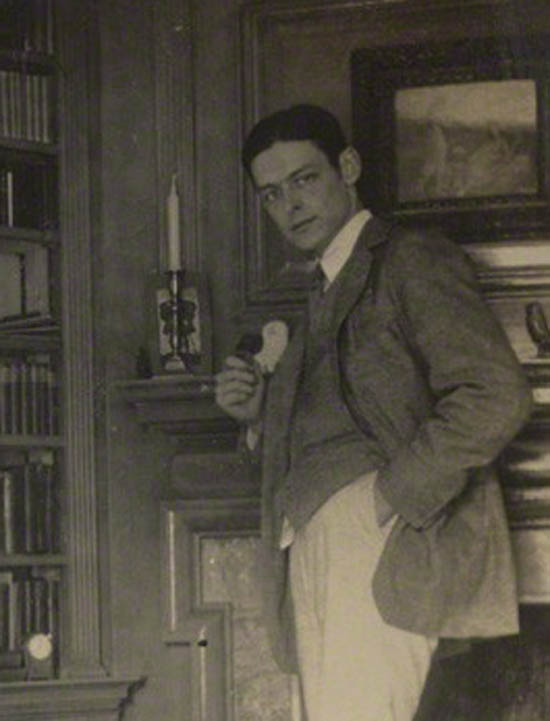 Footfalls echo in the memory
Down the passage which we did not take
Towards the door we never opened
Into the rose-garden. My words echo
Thus, in your mind.
But to what purpose
Disturbing the dust on a bowl of rose-leaves
I do not know.
Other echoes
Inhabit the garden. Shall we follow?
Quick, said the bird, find them, find them,
Round the corner. Through the first gate,
Into our first world, shall we follow
The deception of the thrush? Into our first world.
There they were, dignified, invisible,
Moving without pressure, over the dead leaves,
In the autumn heat, through the vibrant air,
And the bird called, in response to
The unheard music hidden in the shrubbery,
And the unseen eyebeam crossed, for the roses
Had the look of flowers that are looked at.
There they were as our guests, accepted and accepting.
So we moved, and they, in a formal pattern,
Along the empty alley, into the box circle,
To look down into the drained pool.
Dry the pool, dry concrete, brown edged,
And the pool was filled with water out of sunlight,
And the lotos rose, quietly, quietly,
The surface glittered out of heart of light,
And they were behind us, reflected in the pool.
Then a cloud passed, and the pool was empty.
Go, said the bird, for the leaves were full of children,
Hidden excitedly, containing laughter.
Go, go, go, said the bird: human kind
Cannot bear very much reality.
Time past and time future
What might have been and what has been
Point to one end, which is always present.

Garlic and sapphires in the mud
Clot the bedded axle-tree.
The trilling wire in the blood
Sings below inveterate scars
Appeasing long forgotten wars.
The dance along the artery
The circulation of the lymph
Are figured in the drift of stars
Ascend to summer in the tree
We move above the moving tree
In light upon the figured leaf
And hear upon the sodden floor
Below, the boarhound and the boar
Pursue their pattern as before
But reconciled among the stars.

At the still point of the turning world. Neither flesh nor fleshless;
Neither from nor towards; at the still point, there the dance is,
But neither arrest nor movement. And do not call it fixity,
Where past and future are gathered. Neither movement from nor towards,
Neither ascent nor decline. Except for the point, the still point,
There would be no dance, and there is only the dance.
I can only say, there we have been: but I cannot say where.
And I cannot say, how long, for that is to place it in time.
The inner freedom from the practical desire,
The release from action and suffering, release from the inner
And the outer compulsion, yet surrounded
By a grace of sense, a white light still and moving,
Erhebung without motion, concentration
Without elimination, both a new world
And the old made explicit, understood
In the completion of its partial ecstasy,
The resolution of its partial horror.
Yet the enchainment of past and future
Woven in the weakness of the changing body,
Protects mankind from heaven and damnation
Which flesh cannot endure.
Time past and time future
Allow but a little consciousness.
To be conscious is not to be in time
But only in time can the moment in the rose-garden,
The moment in the arbour where the rain beat,
The moment in the draughty church at smokefall
Be remembered; involved with past and future.
Only through time time is conquered.