From Caligari To Hitler

Here is published complete (but without footnotes) the chapter 5 of Siegfried Kracauer’s book “From Caligari To Hitler”. Numbers in brackets refer to the print edition page numbering.

The author explains how an initially anti-authoritarian script, although without really providing an alternative way, ended into a conformist film yielding to all the dark powers of the German soul.

Cf. Screenshots of the Caligari movie 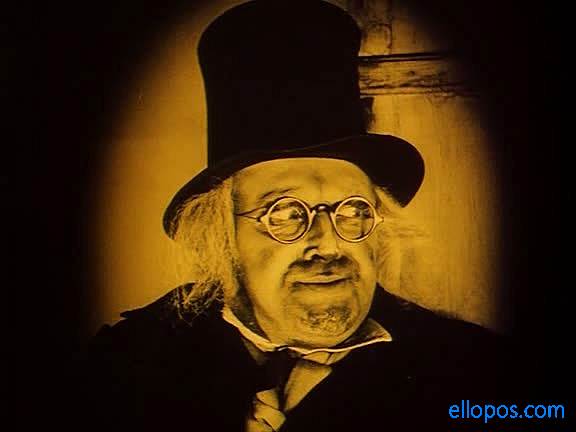 THE Czech Hans Janowitz, one of the two authors of the film DAS CABINET DES DR. CALIGARI (THE CABINET OF DR. CALIGARI), was brought up in Prague — that city where reality fuses with dreams, and dreams turn into visions of horror.

One evening in October 1913 this young poet was strolling through a fair at Hamburg, trying to find a girl whose beauty and manner had attracted him. The tents of the fair covered the Reeperbahn, known to any sailor as one of the world’s chief pleasure spots. Nearby, on the Holstenwall, Lederer’s gigantic Bismarck monument stood sentinel over the ships in the harbor. In search of the girl, Janowitz followed the fragile trail of a laugh which he thought hers into a dim park bordering the Holstenwall. The laugh, which apparently served to lure a young man, vanished somewhere in the shrubbery. When, a short time later, the young man departed, another shadow, hidden until then in the bushes, suddenly emerged and moved along — as if on the scent of that laugh. Passing this uncanny shadow, Janowitz caught a glimpse of him: he looked like an average bourgeois. Darkness reabsorbed the man, and made further pursuit impossible. The following day big headlines in the local press announced: “Horrible sex crime on the Holstenwall! Young Gertrude … murdered.” An obscure feeling that Gertrude might have been the girl of the fair impelled Janowitz to attend the victim’s funeral. During the ceremony he suddenly had the sensation of discovering the murderer, who had not yet been captured. The man he suspected seemed to recognize him, too. It was the bourgeois — the shadow in the bushes.

Carl Mayer, co-author with Janowitz of CALIGARI, was born in the Austrian provincial capital of Graz, where his father, a wealthy [62] businessman, would have prospered had he not been obsessed by the idea of becoming a “scientific” gambler. In the prime of life he sold his property, went, armed with an infallible “system,” to Monte Carlo, and reappeared a few months later in Graz, broke. Under the stress of this catastrophe, the monomaniac father turned the sixteen-year-old Carl and his three younger brothers out into the street and finally committed suicide.

A mere boy, Carl Mayer was responsible for the three children. While he toured through Austria, peddling barometers, singing in choirs and playing extras in peasant theaters, he became increasingly interested in the stage. There was no branch of theatrical production which he did not explore during those years of nomadic life — years full of experiences that were to be of immense use in his future career as a film poet.