For some theologians the idea of a self-emptying God allows us to explain in an ultimate way, and in a manner that does not compete or interfere with scientific explanation, both the creation and the evolution of the cosmos and life. Uniting the idea of kenosis with Jewish cabalistic reflections, the Protestant theologian Jürgen Moltmann (b. 1926), for example, speculates in God in Creation (1985) that God “withdraws himself from himself to himself” in order to make creation possible.

His creative activity outwards is preceded by this humble divine self-restriction. In this sense God’s self-humiliation does not begin merely with creation, inasmuch as God commits himself to this world: it begins beforehand, and is the presupposition that makes creation possible. God’s creative love is grounded in his humble, self-humiliating love. This self-restricting love is the beginning of that self-emptying of God that Philippians 2 sees as the divine mystery of the Messiah. Even in order to create heaven and earth, God emptied himself of all his all-plenishing [i.e., pervasive] omnipotence, and as Creator took upon himself the form of a servant. (p. 88) Today, especially in discussions of religion and evolution, reflection on the idea of divine kenosis allows theologians to embrace the scientific picture of life without reservation. Emergent complexity, chaos, and nature’s generically self-organizing tendencies fit more comfortably a universe grounded less in coercive power than nurturing love that allows the universe some degree of self-creativity. 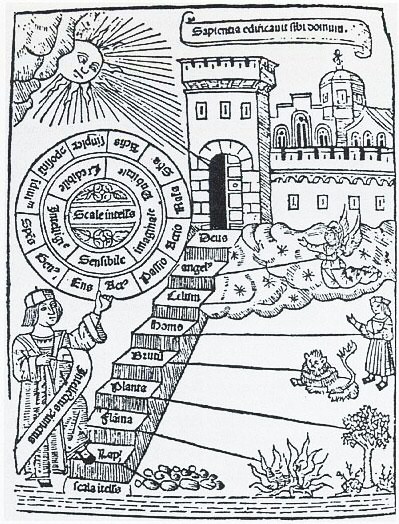 After all, it is in the very nature of self-sacrificing, kenotic love to long for the freedom and self-determination of the beloved. … So, according to this line of theological speculation, it is because God is infinite self-emptying love that the universe is not constituted as perfect and complete at the beginning in one instantaneous act of divine magicianship. It is because a kenotic God wills the otherness of the world that it is not frozen into finished perfection from the moment of its origins, but is invited to emerge in patterns of self-organization that contemporary science has begun to notice so clearly.

To those who follow a kenotic theology any conceivable world must likewise allow for the kind of spontaneity that occurs in biological evolution. Any universe grounded in a divine kenotic love must possess a vein of indeterminacy from the moment of its most primitive physical origins. In the light of the divine kenosis it would not be surprising, then, to discover that the cosmos is not fixed in an immobile pattern of eternal sameness, but that it always has an inherent openness to novel and unpredictable outcomes. In the light of a kenotic understanding of the creator, it makes good theological sense that modern physics has disclosed a domain of “uncertainty” or indeterminacy in the elusive realm of subatomic energy events. It is consonant also with the notion of a kenotic deity that evolutionary biologists would encounter another kind of indeterminacy in the “accidental,” undirected genetic mutations and many other contingencies of natural history that allow for the serendipitous emergence of life’s prodigious variety.

And, finally, the fact that humans apprehend in their own subjectivity an undeniable capacity for free choice appears especially consistent with the belief that the cosmos to which they are linked is rooted in a self-emptying principle of being intent upon the emergence of what is truly and deeply “other” than itself. A universe of emergent evolution is more or less what should be expected when people begin reflecting on nature with a belief in the kenotic nature of ultimate reality.

The seemingly aimless meandering of biological evolution may be incompatible with a divine designer, but not with a creative power that takes the form of defenseless love. If the deity were powerful only in the vulgar sense of having the capacity to overwhelm, then evolution might be theologically troubling. But a divine power that manifests itself in infinite self-giving love does not manipulate that which it enfolds. According to advocates of a kenotic theology, therefore, the unqualified religious claim that God is primarily a “designer” would be quite problematic. A designing deity could not permit the world any real independence.

A kenotic understanding of divine creation, on the other hand, would allow that life and eventually mind may blossom indeterminately, and over a long period of time, in a universe that is in some sense self-creative from the outset. A kenotic deity would be the ultimate source of the possibilities for novel patterning made available to an evolving cosmos, but in such a way as to allow for a great measure of spontaneity in the evolution of life, mind, and freedom.