Jacqueline de Romilly was a French philologist, classical scholar and fiction writer, one of France’s leading scholars of Greek civilization and language and only the second woman to be elected to the Académie Française.

Born in Chartres, Eure-et-Loir, she studied at the Lycée Molière, where she was won the Concours général in Latin and took second prize in Greek in 1930. She then prepared for the École Normale Supérieure at the Lycée Louis-le-Grand. She entered the class of 1933 of the ENS Ulm. She passed the agrégation in classics in 1936, and became a doctor of letters in 1947.

After being a schoolteacher, she became a professor at Lille University and subsequently at the Sorbonne, between 1957 and 1973. She later was promoted to the chair of Greek and the development of moral and political thought at the Collège de France — the first woman nominated to this prestigious institution. In 1988, she was the second woman (after Marguerite Yourcenar) to enter the Académie Française, being elected to Chair #7, which was previously occupied by André Roussin.

In 1995, she obtained Greek nationality and in 2000 was named as an Ambassador of Hellenism by the Greek government. A one-time president of the Association Guillaume Budé, she remained an honorary president until her death.

Jacqueline de Romilly embraced the culture of ancient Greece with fervor. Although known as a specialist on the historian Thucydides and the Peloponnesian War, she wrote dozens of books on philosophy and political thought in ancient Greece, on the tragedians Aeschylus and Sophocles, and on Homer. 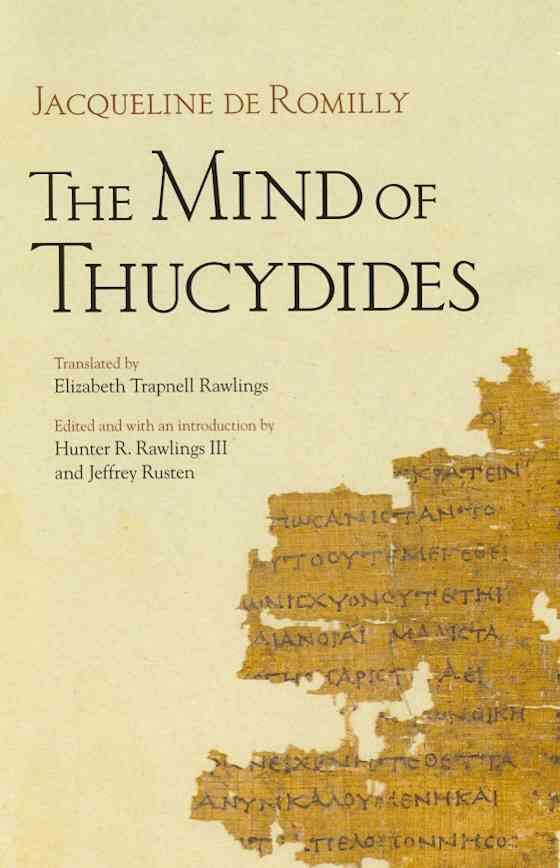